As of July 2016, the Company is wholly owned by nogaholding, the business and investment arm of NOGA of the Kingdom of Bahrain, which acts as the steward for the Government’s investment in a diversified range of energy-related companies. Tatweer Petroleum is now responsible for all upstream operations in the Kingdom, including oil and gas exploration, development, and production activities, in addition to gas distribution and sales.

The Company’s primary goal is to increase the production of oil and the availability of gas to meet the future energy demands of the Kingdom of Bahrain, in line with the nation’s Economic Vision 2030. 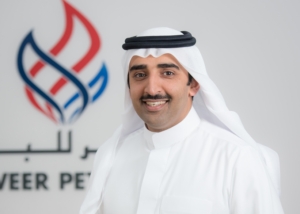 In 2019, Tatweer Petroleum continued its strong performance with production improvements  mainly due to the drilling of 3 new Khuff gas wells and 110 new oil wells, targeting the Rubble, Ostracod, Magwa, Ahmadi, Mauddud and Kharaib reservoirs, bringing the total number of new wells drilled since Tatweer’s inception to 1,137, including 10 Khuff gas wells.

Crude and condensate production averaged at 42,400 BOPD, which is an increase of 300 bpd in comparison to 2018 and the black oil rate averaged at 38,100 BOPD for the year. The production capacity of Non-Associated Gas (NAG) averaged at 1.7 billion cubic feet per day, meeting the Kingdom of Bahrain’s average and peak demands for energy.

nogaholding is the investment and development arm of the National Oil and Gas Authority (NOGA) of the Kingdom of Bahrain. The Company plays a fundamental role in the execution of the strategic plans of the authority and stewardship of the government’s investment in oil, gas and petrochemical sector in Bahrain.

We are transparent and accountable for our actions