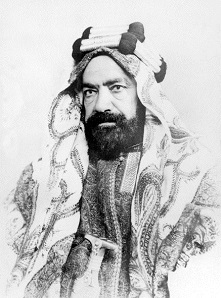 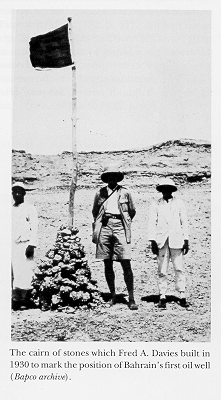 In 1923, 51 year old, Major Frank Holmes, a British-New Zealander Geologist and Mining Engineer who was also known as “Abu Al Naft” (the Father of Oil), convinced Sh. Hamad bin Isa Al Khalifa to award his company an oil concession in exchange for drilling water wells. In 1925 he obtained the first ever oil concession in Bahrain, on behalf of the General Eastern Syndicate Company. An attempt to sell the concession to the Anglo-Persian Oil Company met with a high degree of skepticism, with their chief geologist Dr George Lees declaring that he would “…drink any commercial oil found in Bahrain…”!

In 1927 Major Holmes transferred the Syndicate’s interest to Gulf Oil Corporation, which sold its interest to Standard Oil of California in the following year. The first drilling rig arrived in Bahrain in May 1931, and in October that year, Oil Well Number 1 was spudded.

In June 1932, the drilling bit pierced a layer of blue shale at 1,250 feet and the crew smelled oil, heralding the start of a new economic era for Bahrain.
The Bahrain field, discovered in 1932, measures approximately 15 kilometers long and 5 kilometers wide. It is a geologically complex field and consists of 16 oil reservoirs and 4 Khuff gas reservoirs in addition to deep pre-Khuff reservoirs. The reservoirs are mainly carbonates with fluids varying from shallow tarry oil in Aruma at 1000’ to deep non-associated dry gas in the Khuff and pre-Khuff formations at depth of 9000’ and deeper.

Situated below Jebel Dukhan, Well #1 was the first ever oil well in the southern part of the Arabian Gulf. The well, which was operated by The Bahrain Petroleum Company (Bapco), produced first oil on 16 October 1932 at an initial rate of 9,500 bopd. In 1970 the field peaked at 79,000 bopd, and after that it started to decline to around 32,000 bopd by 2009.

The Bahrain field uses the large Khuff Gas Reservoir as fuel and feedstock for power and industry such as electricity generation, aluminum smelting, petrochemicals, water desalination, refining and others. Some of the Khuff gas is re-injected into the oil reservoirs to maintain reservoir pressure and stimulate production whereas some is used to artificially lift oil from wells.

In July 2016, Tatweer Petroleum became wholly owned by nogaholding, the business and investment arm of NOGA of the Kingdom of Bahrain, which acts as the steward for the Government’s investment in a diversified range of energy-related companies. 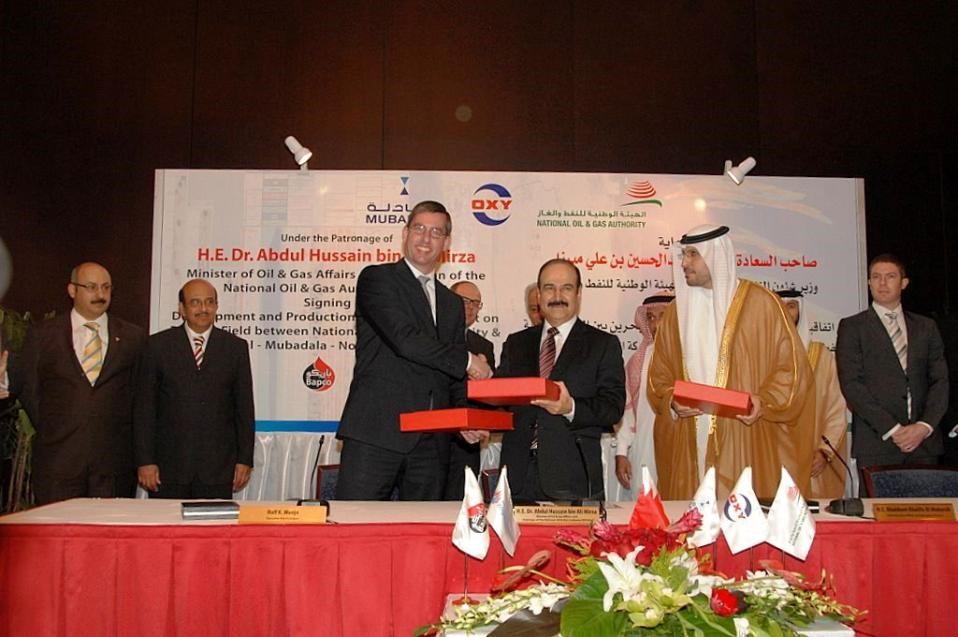