Mr. Eastlack obtained his B.S. degree in Electrical Engineering and a M.S. degree in Petroleum Engineering from the University of Wyoming. He has 45 years of experience in all aspects of the oil and gas industry.

After three years of fossil fuel research in Wyoming with the United States Department of Energy, Jim joined ARCO in 1976. He spent ten years in Alaska in various assignments in both engineering and operations.  He has also had assignments in Midland TX, Lafayette La, Houston TX, Plano TX and California.

He is a member of the Society of Petroleum Engineers, and an inventor with several patents. 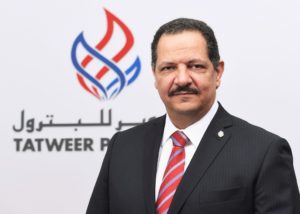 Yahya Alansari graduated from University of Qatar with a degree in Petroleum Geology. He has over 25 years experience in the oil and gas industry working on a variety of plays and projects including exploration and development, onshore and offshore, structural and stratigraphic, conventional and unconventional along with CO2 and thermal EOR projects.

He started his career at the Bahrain National Oil Company (BANOCO) as a geologist and held several leadership and management roles in the national oil company. Yahya gained invaluable experience working on the Bahrain Field and other areas of hydrocarbon interest in the country. He led his team to the discovery of Khalij Al Bahrain Basin in 2017 and is continuing to contribute to the appraisal and development of these resources.

Mr. Alansari was appointed General Manager of Exploration and Development at Tatweer in 2019 and is currently leading the country’s most important exploration and production activities. 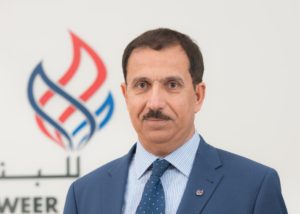 After graduating from Secondary Technical School, Abdulla AlBastaki pursued higher education at Plymouth Polytechnic in the UK and later at the University of Bahrain, obtaining a Higher National Diploma in Mechanical and Production Engineering and a BSc in Mechanical Engineering. He also holds other management and leadership qualifications.

Abdulla started his career with the Maintenance Department at the Bahrain Ministry of Transportation, and in 1996 he joined Bahrain National Oil Company – BANOCO (later merged with BAPCO), where he progressed in his career through various assignments and positions in Field Maintenance, Operations and Engineering, and participating in various local and regional Oil and Gas Field related committees. Abdulla is known for his commitment to safe and efficient operation of the Bahrain Field. 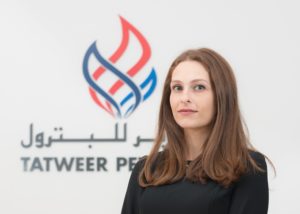 Ms. Al Alawi holds a BA Honors Degree in Law and Business Administration and an LLM in International Commercial Law.

Reem joined Tatweer Petroleum in 2012 as Senior Legal Specialist and has held various positions in the Legal Department.

In May 2017 she was appointed as General Counsel. 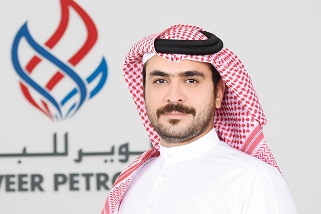 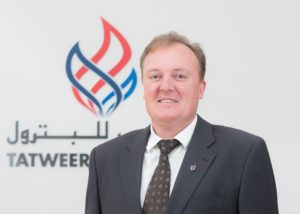 He brings to the Tatweer team an in depth knowledge of health and safety and emergency management in large teams internationally through his experience of working on large mega projects internationally in countries like: Qatar, UAE, Papua New Guinea, Australia and South Africa. His knowledge of working with many major oil and gas producers such as Exxon Mobil, Chevron, Total, RasGas and Qatargas also provides him with a good knowledge of international best practice in the field of HSE Management, which will enhance our Tatweer Safety culture. 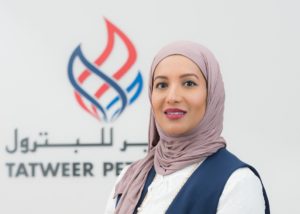 Hala Mufeez has over 25 years of technical experience in Oil and Gas accounting, Financial Management and Controls, Compliance, and Public Accounting.

Prior to joining Tatweer petroleum in 2010, Hala occupied various positions in Audit, Finance, and Risk management at Ernst and Young, Bank of Bahrain and Kuwait, and Bahrain Islamic Bank.

She is a Certified Public Accountant (CPA) and holds a Bachelor’s degree in Accounting from the University of Bahrain.

Hala was appointed Manager of the Finance Department at Tatweer Petroleum in 2015.